Licensure in Strength and Conditioning

Should you need a license to work as a strength and conditioning coach, sport scientist or sport coach? Unfortunately, those beating the drum for licensure simply assume that licensure improves the licensed profession. Perhaps more accurately, those calling for licensure have not for a second, considered what the current evidence suggests about licensure. So much for being evidenced based! In this episode we chat with Dr. Dick Carpenter about licensure, and the impact licensure generally has on quality, safety, and costs. 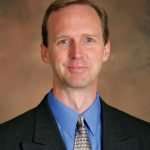 Dr. Carpenter serves as a director of strategic research for the Institute for Justice and you can follow his work at the Institute for Justice.His work has been featured in academic venues such as Urban Studies, Economic Development Quarterly, Regulation and Governance, Fordham Urban Law Journal, Independent Review, Journal of Advanced Academics, Journal of Applied Business and Economics, Journal of Education Finance, Assessment for Effective Intervention, Peabody Journal of Education, Journal of Special Education, The Forum, Education and Urban Society, Journal of School Choice, and Leadership and magazines, such as Regulation, Phi Delta Kappan and the American School Board Journal. Moreover, the results of his research are used by state education officials in accountability reporting, have been influential in crafting policy in state legislatures, and cited in briefs to various state and federal courts, including the United States Supreme Court.Dr. Carpenter has served as an expert witness in several federal lawsuits and has been quoted in newspapers such as the Wall Street Journal, New York Times, Denver Post, Los Angeles Times, Detroit Free Press, Atlanta Journal-Constitution, Chronicle of Higher Education, Dallas Morning News, Miami Herald, Baltimore Sun, Education Week, and the Washington Times, among others.