Who Pays? The Funding, Growth and Quality of College Athletics

This episode was originally published at www.teawithdrg.com.

In this episode we talk with Dr. David Ridpath about the growth and future of college athletics, the sometimes perverse sources of funding in athletics and how the focus often has little to do with appropriately developing athletes. While we ran out of time at the end, Dr. Ridpath also provides a glimpse into some possible fixes and several options for developing alternatives to the system of college athletics we are familiar with today.

Dr. Ridpath is currently the author of two books, both of which were mentioned during the show. His first book, Tainted Glory: Marshall University, the NCAA, and One Mans Fight for Justice, details his experience at Marshall University and the struggles he faced trying to reform a corrupt athletic department and dealing with the NCAA. His second book, Alternative Models of Sports Development in America: Solutions to a Crisis in Education and Public Health, takes a look at the history of college athletics in the United States and provides several options as a path forward.

Here are couple of articles we mentioned on the show.

Our guest for this show is Dr. David Ridpath. You can follow Dr. Ridpath on Twitter at https://twitter.com/drridpath. Dr. B. David Ridpath, Ed.D, is beginning his second decade as a tenured faculty member with Ohio University and its prestigious Sports Administration Program. He is currently an Associate Professor and The Kahandas Nandola Professor of Sports Business. Prior to returning to Ohio where he received his master’s degree, Ridpath was an Assistant Professor of Sport Administration at Mississippi State University and also spent over 15 years working in intercollegiate athletics in various administrative and coaching capacities at Marshall University, Weber State University and Ohio University. Dr. Ridpath is often cited as a frequent critic and scholar on the NCAA and intercollegiate athletic matters due to his research and practical experience in the industry. He has been featured in such publications as The Washington Post, USA Today, The Wall Street Journal and the New York Times. He is also a consistent guest on nationwide sports themed shows including The Paul Finebaum Show and ESPN Outside the Lines. His research interest is in intercollegiate athletic reform and he is currently President of The Drake Group, a consortium of faculty, staff, and concerned individuals concerned about the state of college athletics today. Dr. Ridpath has appeared before Congressional committees and has also served as an expert witness in numerous cases involving intercollegiate athletics and college athlete rights. His scholarly publications include peer-reviewed articles in the Journal of Law and Sports, The Entertainment and Sports Law Journal, and the Journal of Intercollegiate Athletics along with several professional presentations at the North American Society for Sociology in Sport (NASSS), The Sports and Recreation Law Association (SRLA), and The College Sports Research Institute (CSRI). He is a member of NASSS, SRLA, and the North American Society of Sport Management (NASSM). His current book Alternative Models of Sport Development in America: Solutions to a Crisis in Education and Public Health was published in February 2018. Dr. Ridpath spent over eleven years in the U.S. Army including six years as a commissioned officer. He received his BA is Speech Communication from Colorado State in 1990, a Masters of Sports Administration and Facility Management from Ohio University in 1995 and was conferred a Doctor of Education in Higher Education Administration from West Virginia University in May 2002. He and wife Jacqueline, a native of Eltmann, Germany, have one daughter, Chiara, and a son, Bradley David Ridpath, II.

Check out our podcast! 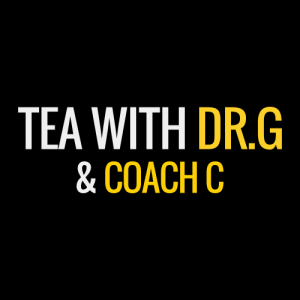